Read about our pilots, our successes, our courses, and our planes.
Categories
Tags
Authors
Teams
Archives
More
More 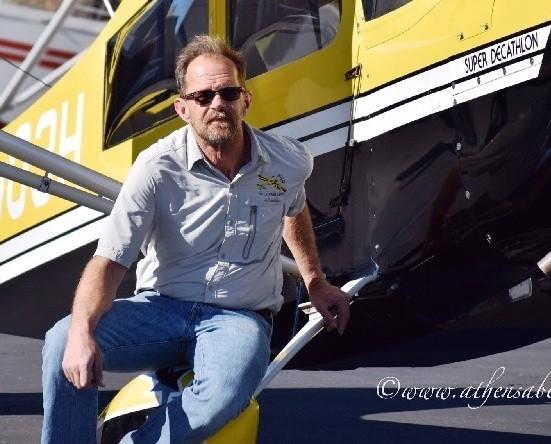 This year CP Aviation has awarded the Vicki Cruse Emergency Maneuver Training Scholarship to Lisa Kienholz. Lisa is a private pilot who lives in Los Angeles, CA. She owns a 1947 Luscombe and is based at Santa Paula, CA. She writes in her essay that she flies for the sheer enjoyment of it. Her interest in aviation began at a very young age and she completed most of her training but ran out of money and put flying on the back burner. During the summer of 2013 she decided it was time to begin again. This time around she finished. She gives back to the aviation community by volunteering for many aviation organizations.

The Scholarship now in its 9th year, is awarded each summer to a recipient who is a member of the IAC and holds a pilot certificate, and wishes to pursue, spin, unusual attitude and basic aerobatic training. The scholarship is given in memory of Santa Paula aerobatic champion Vicki Cruse, of member of the United States Unlimited Aerobatic Team and was president of the International Aerobatic Club (IAC). Sadly on August 22, 2009 Vicki lost her life during a qualifying flight for the World Aerobatic Championships in England. It is now our goal to help keep her memory alive by giving this scholarship in her memory each year.

The Training in conducted in Citabria and Decathlon airplanes. The emphasis of the training is on creating safer pilots. The program is broken down into three modules (Stall Spin Awareness, In Flight Emergencies & Basic Aerobatics) consisting of twelve flight lessons.

New this year is the Mark Gassaway Tailwheel Endorsement scholarship, and returning is the Vicki Cruse Emergency Maneuver Training scholarship. Also be sure to check out the new Figure 1 Foundation Scholarships. Click on the links below for more information.

August 8, 2014 - Susie trained with all of CP Aviation's instructors

If you are a Rusty Pilot looking to get back into the cockpit then this is for you! http://www.aopa.org/Rusty-Pilots/2014/May/CP-Aviation-May-31.aspx Click on the link to register and for more information.

This Scholarship is given each year in memory of Vicki Cruse by CP Aviation. This year there is an additional bonus of $2,000 to be used for transportation and lodging given in memory of Danny Franscioni.

Catherine lives in Arkansas and admits that she hates stalls but really wants to like them. It will be interesting to see what she thinks of them after completing the course.